Gambetiando is an innovation based platform, which aims to improve the health and wellbeing in vulnerable communities in Medellin (Colombia), using soccer as an entrance door for adolescents between 10 and 15 years old. Gambetiando intends to create a set of socio-emotional skills, under a strong partnership framework and a social entrepreneurship oriented program, enhancing a creative use of technology in order to boost and develop knowledge, in an aligned way with the Sustainable Development Goals. We attended the World Urban Forum (WUF), Abu Dhabi 2020. What we learned at WUF10? The WUF10 helped us understand current global priorities in terms of urban planning and the SDGs, from a multiple and diverse set of global actors, all immersed in complex and substantial realities, with different challenges and conditions. Within this context, Gambetiando seems deeply relevant to the current local, national and global priorities in Colombia, as health, well-being, empowerment and sustainability – Gambetiando’s goals – fall directly into the urgencies of our cities today.

Through WUF10 we raised awareness of the sustainable urbanization amongst our stakeholders and consortium partners and gained an enhanced understanding of our project´s urban practices through an open and inclusive debate, the exchange of best practices and policies, and the acknoledgement of the learned lessons. Being able to link adolescents from their earliest ages with a framework of socio-emotional development and skills, with a direct impact on social entrepreneurship and leadership, Gambetiando fits perfectly with what was perceived at WUF10 as prioritary elements: sustainable urbanization in all of its ramifications, collaboration and cooperation between different stakeholders and groups committed to the advancement and implementation of sustainable urbanization within cities. Several elements at WUF10 caught our attention. The following is a brief summary:

Key drivers of success of the 2030 Agenda within cities

For centuries, cities have been centers of innovation and catalysts for progress as they create wealth, enhance development, and tap human and technological resources. The New Urban Agenda is a framework for the implementation of the 2030 Agenda for Sustainable Development and is anchored in social inclusion and the eradication of poverty; guaranteeing sustainable and inclusive urban prosperity and opportunities for all; and promoting environmentally sustainable and resilient urban development.

Diversity, cultural practices and heritage were presented as key points for the development of sustainable cities. According to the WUF10´s final document, if urban heritage is recognized and cities are revitalized, it´s a double win. To that extent, urban renewal, which preserves identity but rethinks environments, is emerging as an essential alternative. 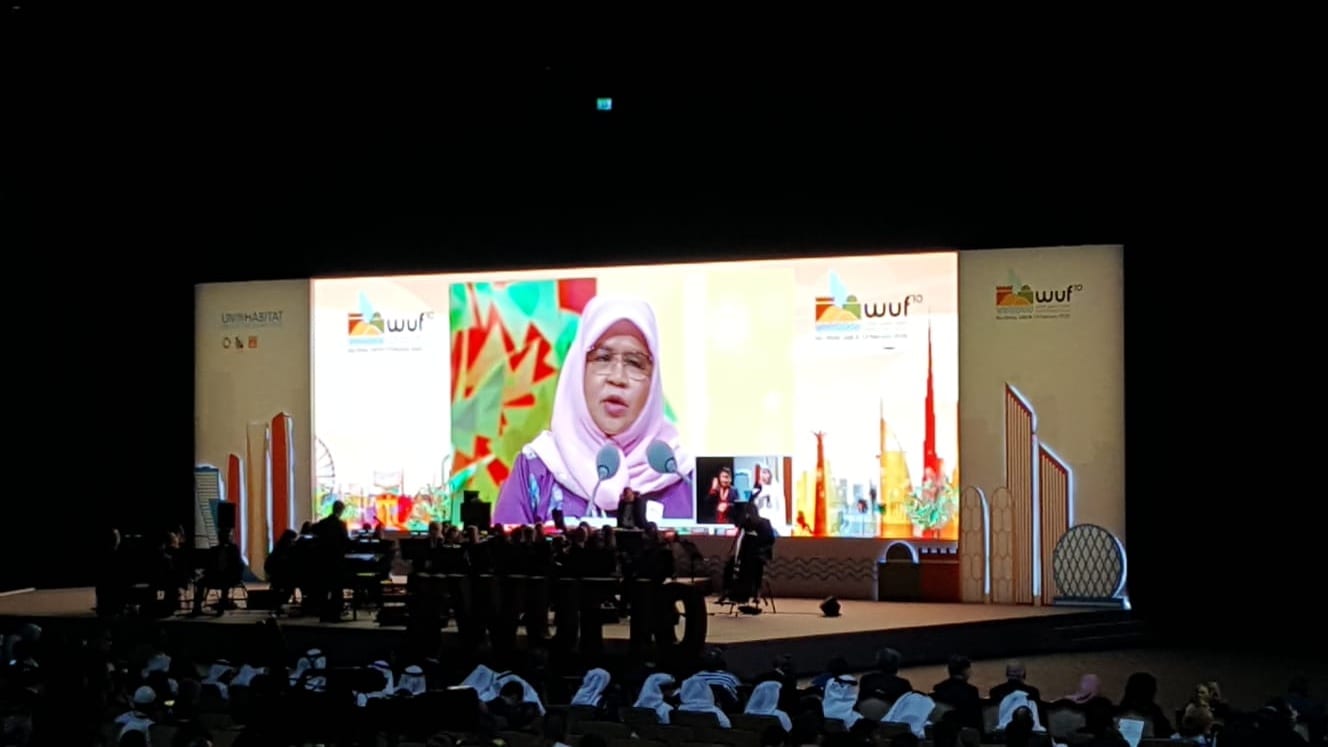 Also, it was remembered that culture drives innovation and the cultural industry ends up being a source of employment and development. Hence the protection of identity and cultural practices in the territories is important. Therefore culture is fundamental because we need to make the diversity of cultures, social and economic groups in the city an asset for wealth. We know that cultural diversity allows progress, but we must do it carefully to avoid falling into intolerance or a dialogue between the deaf. The WUF10 seeked to listen to local and diverse expertise to give a boost in this topic.

One of the key issues in executing the New Urban Agenda and the SDGs in cities is innovation. Although progress is being made in policies, more needs to be done, and this is achieved by creating favorable environments so many more actors are motivated to carry out initiatives that have an impact. This will happen through digital transformation and social perspectives, so that it can be applied in neighborhoods and cities.

Latin America tends to account for the capacity for innovation, good pilot exercises and good examples that the world recognizes. Despite the fact that the event took place so far away, WUF10 had representatives from Colombia, Mexico, Guatemala, Paraguay, Ecuador, Brazil, Barbados. 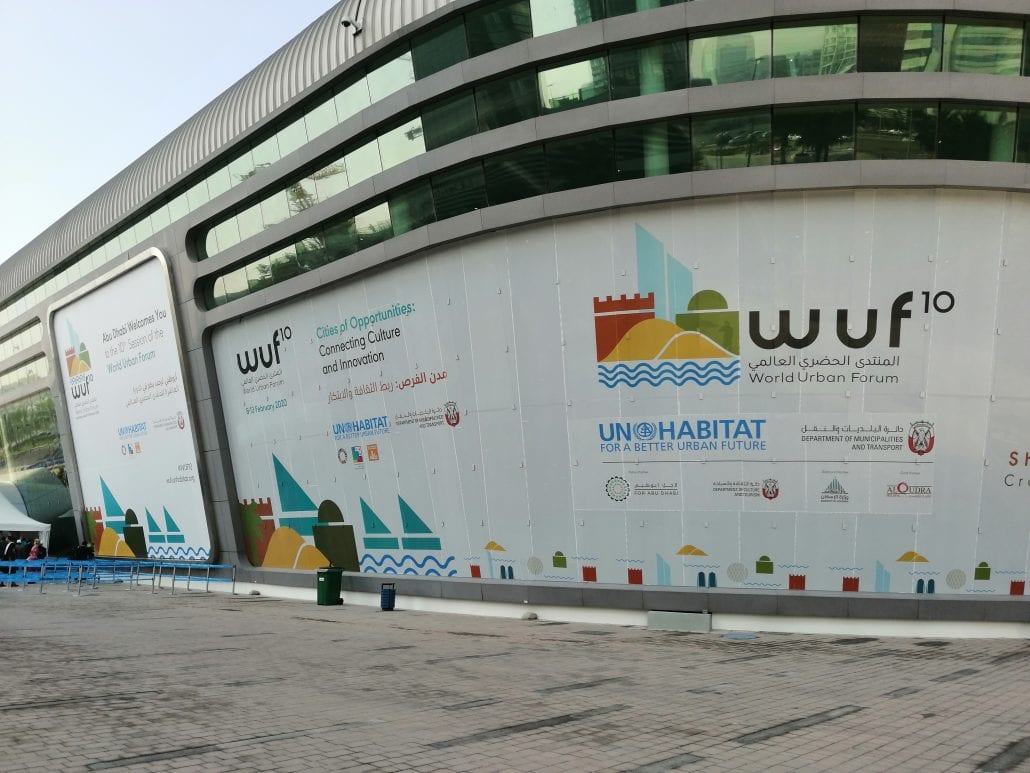 Women are key to transformation and it was emphasized at WUF10 that women and girls are key agents in the changing their cities. UN-Habitat explained that, given that to as the goal of the next 10 years will be to leave no one behind in the processes of development in innovation, it will be a priority that women are listened to and taken into account when planning cities. In fact, there were spaces specialized in women’s issues and with a gender focus at the Forum. At the end of the event, in the remaining commitments of the Women’s Assembly, the need for ways to measure progress on gender issues and women’s leadership was stated.

Data and knowledge were strengthened as tools for generating public policy and solutions for cities. UN-Habitat recalled that there are already online resources with information such as the City Prosperity Initiative (available at www.urbandata.unhabitat.org) and indicators such as the Culture 2030 Indicators (available on the web www.whc.unesco.org). To strengthen this aspect, UN-Habitat recommended in WUF10 that investments and work be strengthened to develop better urban data platforms and granting acess to civilians.

There was an important and massive participation from the private sector in this WUF10 and interesting relationships could be built with local governments. The private sector, as a result of conversations with other actors, promised to explore financing mechanisms that promote sustainable urbanization and the development of local projects, even in cities that have risky profiles or with low-income populations. Increasingly, this sector is becoming aware of the need for its investments to have a social impact and that the best way to guarantee profitability is to maintain an environment where there is social progress. Private corporations had the opportunity to connect with the public sector and with other actors in meaningful discussions. 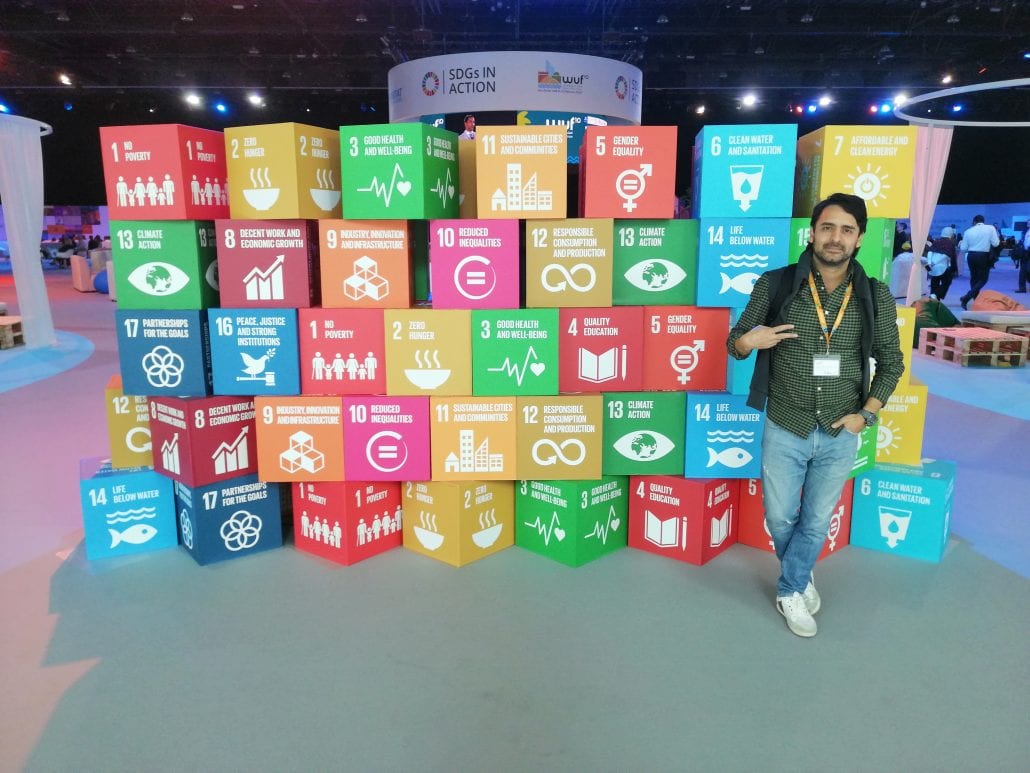 Get to know more of Gambetiando, here.